This week, Durig Capital reviews a bond from an issuer that was snapped up a few years ago by one of the most enigmatic figures in corporate America. In late 2016, SolarCity was acquired by Elon Musk’s company, Tesla. The acquisition made sense- combine the maker of electric cars and energy storage with a company that produces solar panels that produce energy (seemingly to ultimately charge Tesla’s vehicles). Tesla has since integrated SolarCity’s products into the Tesla portfolio. Tesla’s most recent reported quarter (Q3 2018) was truly historical.

Tesla is eyeing additional markets for its very successful Model 3, including Europe and China and has additional electric vehicles in the design stage. Combining residential solar power generation (SolarCity) and energy storage makes sense as the company could potentially market to the owners of its fully electric vehicles. Another noteworthy news item is Tesla board member Larry Ellison’s recent disclosure that he owns more than $1 billion in Tesla stock. Clearly, Ellison sees value in Tesla.  SolarCity’s 2020 bonds are currently trading at a discount, giving them an excellent yield-to-maturity of about 8%. This competitive yield and diversification opportunity make these bonds an ideal candidate for addition to Durig Capital’s Fixed Income 2 (FX2) High Yielding Managed Income Portfolio, the most recent performance of which is shown below. 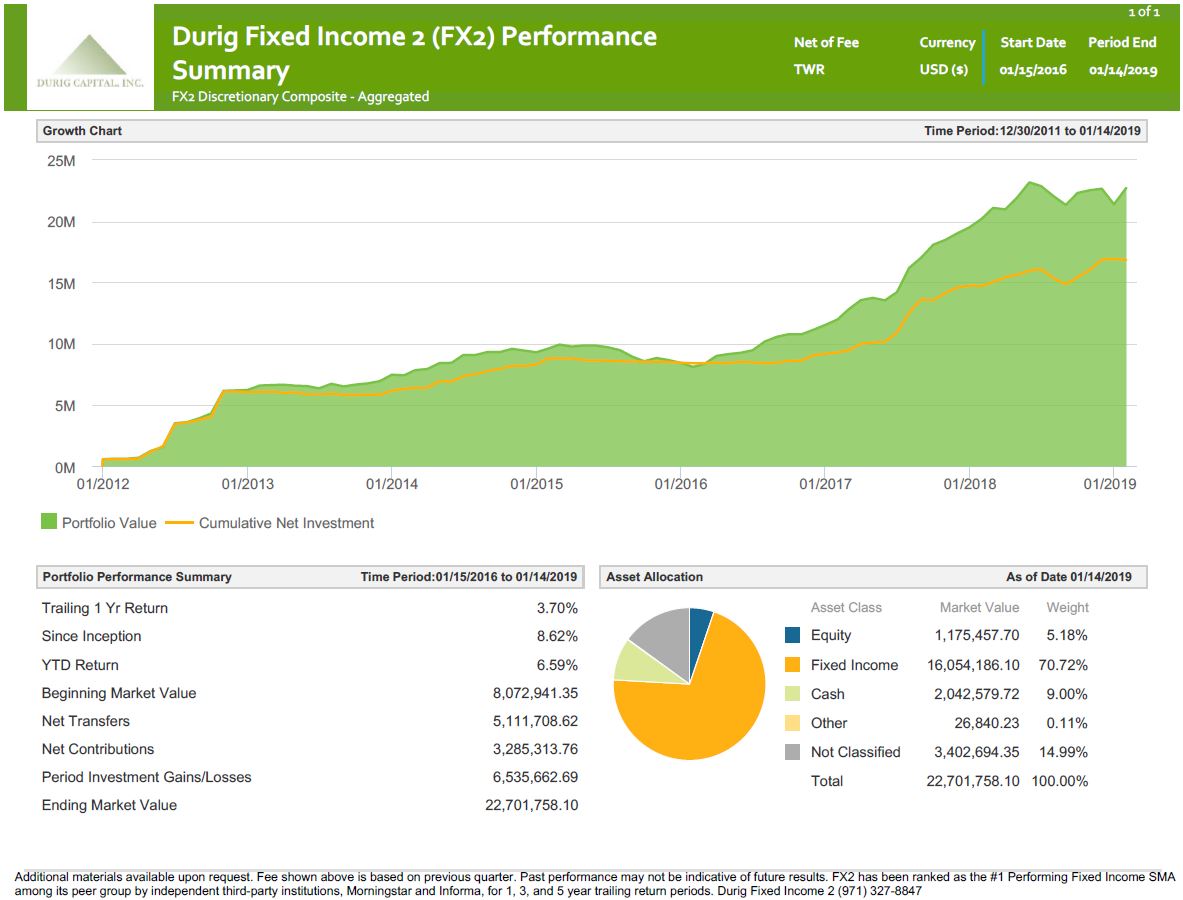 In November 2016, Tesla acquired SolarCity. While the deal did raise questions because of the Tesla CEO Elon Musk’s relation to SolarCity’s founders (they’re cousins), the deal ultimately was completed. In spite of these questions and/ or concerns, Tesla’s acquisition of SolarCity makes complete sense. Tesla is arguably the leader in the electric car movement. It also produces the Powerwall and Powerpack, which are products that store energy generated by solar power. Solar power can only power a customer’s house during the day. The Powerwall charges while the sun is still up, thereby giving the homeowner power when the sun goes down. With a Model S (or Model X or Model 3) parked in the garage, it is not hard to see why SolarCity was attractive to Tesla and how it fits with Musk’s clean energy plan. The company was acquired for 2.6 billion, including SolarCity’s outstanding debt.

Now that Tesla has folded in SolarCity’s operations under the corporate umbrella, let’s take a look at how Tesla’s most recent quarter played out. By all accounts, the company’s third quarter 2018 (three months ending September 30, 2018) was nothing short of historic for many reasons, including its new Model 3 being the best-selling car in the U.S. in terms of revenue and the 5th best-selling car in terms of volume. Other noteworthy highlights include the following:

Tesla has been growing by leaps and bounds over the past few years. To get a sense for how quickly the company has grown, it delivered a total of 84,000 vehicles globally in Q3, which is more than 80% of the vehicles that it delivered in all of 2017. In fact, Tesla delivered more cars in the third quarter than it did in all of 2016. 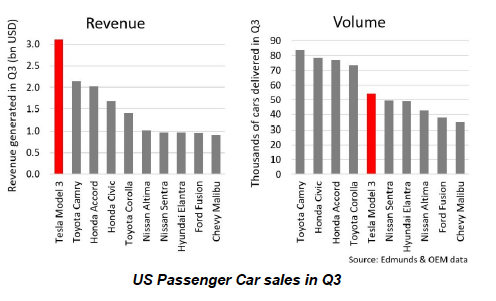 Tesla’s mission is to accelerate the world’s transition to sustainable energy. Since its founding in 2003, Tesla has broken new barriers in developing high-performance automobiles that are not only the world’s best and highest-selling pure electric vehicles—with long range and absolutely no tailpipe emissions—but also the safest, highest-rated cars on the road in the world. Beyond the flagship Model S sedan and the falcon-winged door Model X sports utility vehicle, the company also offers a smaller, simpler and more affordable midsize sedan, the Model 3, which it expects will truly propel electric vehicles into the mainstream. In addition, with the opening of the Gigafactory and the acquisition of SolarCity, Tesla now offers a full suite of energy products that incorporates solar, storage, and grid services. As the world’s only fully integrated sustainable energy company, Tesla is at the vanguard of the world’s inevitable shift towards a sustainable energy platform.

After being acquired by Tesla just over two years ago, SolarCity’s legacy is now under the Tesla brand of products. Solar panels are still being produced at the company’s Gigafactory 2 outside Buffalo, New York. And the company has designed a solar roof – glass solar tiles that function the same as solar panels. These roof tiles replace standard roof tiles and are designed to be used with the company’s Powerwall product, that stores the energy produced by the solar roof. 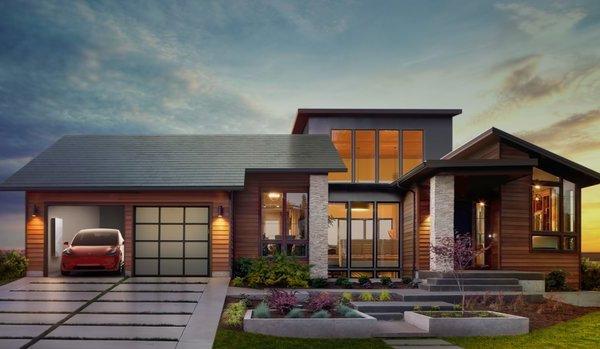 As stated in Tesla’s most recent earnings news release, “We are prioritizing residential solar installations that are combined with our energy storage products because this combination provides a better customer experience and improves both our revenues and profits. We expect to ramp production (of the Solar Roof) more quickly during the first half of 2019.” Also, at the end of the third quarter, there were approximately 450,000 Tesla vehicle owners around the world. The company believes that this group will ultimately become the largest demand generator for its residential solar and energy storage business.

What’s Next for Tesla

On the heels of its breakout quarter, especially in sales and deliveries of its Model 3, Tesla is already looking forward to what’s next. Those next steps include sales of the Model 3 in Europe and in China. The midsize premium sedan market in Europe is more than twice as big as the same segment in the United States. So, Tesla anticipates beginning to take orders for the Model 3 in Europe by Q1 2019 with deliveries commencing later in the year. Also, the company recently broke ground on its Gigafactory 3, a factory that Tesla is building near Shanghai, China. After initial construction is completed this summer, the factory will begin producing Model 3 sedans by the end of this year.

In addition, the company has plans for a smaller SUV, the Model Y, as well as a new roadster, pickup truck and a semi in coming years.

As mentioned earlier in this article, Tesla greatly increased its cash level in Q3. As of September 30, the company had cash on hand of $3.0 billion, which it increased by $731 million in Q3. In terms of interest coverage, Q3 operating income totaled $417 million with interest expense of $175 million, for an interest coverage of 2.4x.

The risk for bondholders is whether Tesla can continue its growth trajectory in both its automotive as well as in its energy and energy storage segments. Third quarter was truly a breakthrough for the company as it was able to achieve its targeted Model 3 production, with the associated revenue and profitability that accompanied that milestone. The company has an astounding amount of cash on hand and it is following up its successful Model 3 sales in the U.S. with plans to broaden those sales to Europe and China this year. Tesla continues to integrate SolarCity’s products to complement its own, combining solar power generation with its own energy storage product. In light of these developments the about 8% yield to maturity on these SolarCity 2020 bonds appears to outweigh the risks identified. 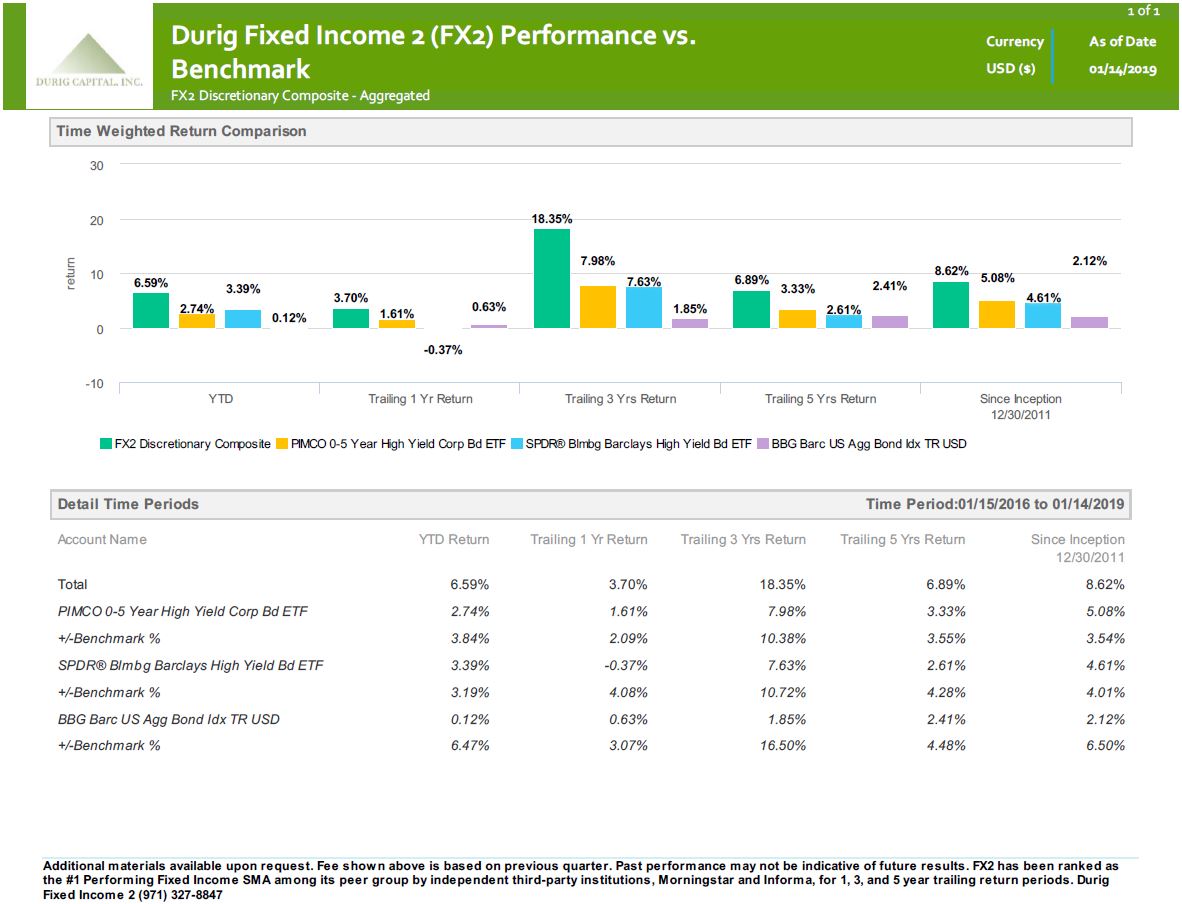 SolarCity and Tesla seem to be a natural fit. Since acquiring the company in late 2016, Tesla has folded in SolarCity’s products to complete its designation as the world’s only fully integrated sustainable energy company. Tesla’s most recent quarter was outstanding in terms of revenues and number of units sold and delivered. In fact, for 2018, Tesla delivered a total of 245,240 vehicles, delivering almost as many vehicles in 2018 as it had in all prior years combined. With the company looking to expand its reach to Europe and China, growth in sales of its wildly popular Model 3 look to be on the horizon. SolarCity’s 2020 bonds (assumed by Tesla in the 2016 acquisition), are trading at a discount, given them a very competitive yield-to-maturity of about 8%. Considering the excellent yield as well as the opportunity to diversify into the solar and auto industries makes these bonds an ideal candidate for Durig Capital’s Fixed Income 2 (FX2) High Yielding Managed Income Portfolio, the most recent performance of which is shown above.

Disclaimer: Please note that all yield and price indications are shown from the time of our research.  Our reports are never an offer to buy or sell any security. We are not a broker/dealer, and reports are intended for distribution to our clients.