Automobile manufacturers generally design engines and limit it electronically to produce approximately 20 – 40% less power than it is naturally capable of, to comply with the stringent regulations, fuel grade, climate etc. Automobiles nowadays are equipped with Engine control Unit (ECU). ECU controls various parameters, such as injection quantity, duration & pressure, boost pressure, valve timing, etc. governing the performance and output of an engine. Tuning Box is a trick device which interrupts the signals and overrules the default coded ECU increasing the engine performance and efficiency. Automotive performance tuning can be achieved either through an ECU remapping or tuning box. Tuning box is fitted in line with ECU between the engine sensors and the actuators and alters the data to be sent to the engine. The output of the engine is increased by adjusting the quality of air and fuel mixture, ignition timing and boost pressure.

Tuning box are increasingly preferred over engine remapping owing to several advantages such as, ease of installation and performance upgrade. Further, tuning box can be easily removed, without any trace, hence does not void the engine warranty. Increasing fuel cost, stringent environmental regulations, need for better performance and fuel economy is expected to support the demand for tuning box during the assessment period.

Global tuning box market is expected witness significant boost in the near future. The upsurge in the demand for tuning box can be attributed to increasing growth of premium and luxury cars along with increasing popularity of car modification and improving car performance. Furthermore, installing a tuning box improves the fuel economy, increases available torque and power. Another key factor which is expected to propel the growth of tuning box market is increasing number of race tracks and racing events, which require higher performance and engine output. Racing car engines are generally tuned to operate at its full potential, hence driving the need for tuning box for easy tuning.

Market participants across the globe are investing on research & development activity and innovation to improve the performance tuning and add unique selling point (USP) to their products to compete in the cutting edge competitive environment. For instance, RaceChip has developed smartphone apps that communicate via Bluetooth, enabling customer to perform fine tune by themselves and enables them to switch between different performance levels.  Some of the restraining factor for the growth of tuning box market is low level of awareness in the developing region, limited number of racing track and available alternatives such as ECU remapping etc.

Global Tuning Box market can be segmented by vehicle type, engine type and by tuning type

On the basis of Vehicle type, Tuning Box can be segmented into:

On the basis of Engine Type, Tuning Box can be segmented into:

On the basis of Tuning Type, Tuning Box can be segmented into: 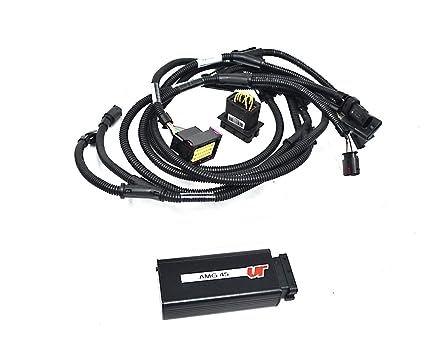 Buy Now to Get 10% Off and Free Customization as per Requirement:

Examples of some of the market participants identified across the value chain of the global Tuning Box Market includes: